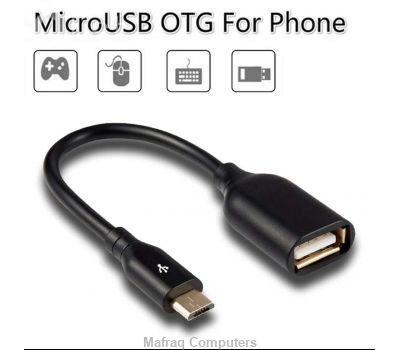 Hover over an image to enlarge

USB On-The-Go (OTG) is a standardized specification for USB

connections that allows a device to read data from a USB connection
without requiring a PC. The device is basically becoming a “USB Host”,
which isn’t an ability every gadget has.

What can you do with it? A lot of stuff, which we’ll detaillater! For
example, if you want to connect your USB drive to your phone, or maybe
use your android tablet, USB OTG can make that happen.

USB On-The-Go, often abbreviated to USB OTG orjust OTG, is a specification that allows USB devices, such astablets or smartphones, to act as a host, allowing other USB devices, such asUSB flash drives, digital cameras, mice, keyboards, to be attached to them. Useof USB OTG allows those devices to switch back and forth between the roles of hostand device. A mobile phone may read from removable media as the host device,but present itself as a USB Mass Storage Device when connected to a hostcomputer.

Our company makes delivery all over the country

We offer only those goods, in which quality we are sure

You have 10 days to test your purchase